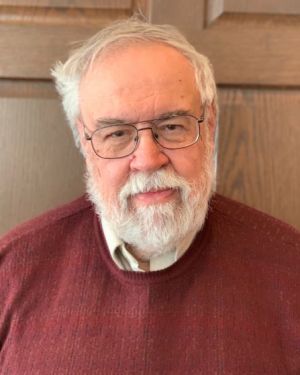 Harold Schobert received a B.S. in chemistry from Bucknell University, and a Ph.D. in chemistry from Iowa State University. At Bucknell, he had research experience in organic synthesis, analytical methods development for iron alloys, and corrosion testing of highly alloyed cast irons. Schobert's Ph.D. thesis, under the direction of the late Robert McCarley, was on the synthesis and characterization of coordination compounds of osmium, using alkyl thiols as ligands.

Schobert was an instructor in the Chemistry Department at Iowa State for two years, teaching freshman chemistry. He was also involved in developing one of the nation's first closed-circuit systems of televised lectures for freshman chemistry laboratory. He then joined the staff of Deepsea Ventures, Inc. as a research chemist. His work involved the development of pyrometallurgical and hydrometallurgical processes for recovery of manganese, molybdenum, and vanadium from manganese nodules mined from the sea floor.

In 1976 Schobert joined the staff of the Grand Forks Energy Research Center, of what was then the Energy Research and Development Administration. A year later ERDA became the Department of Energy, and GFERC became the Grand Forks Energy Technology Center. Schobert's initial work there was in the area of slagging gasification, with particular focus on slag flow behavior in gasifiers, and refractory corrosion by slags. In 1978 he became supervisor of analytical services for the Center, and later that year became Manager of the newly created Analytical Research Division. This division had the dual responsibility of providing routine analytical support for most of the Center's projects, and of conducting research on development or modification of analytical methods for characterizing low-rank coals and their various reaction or conversion products. In 1982 Schobert received a DOE award for sustained superior performance.

Schobert was involved in the negotiations that led to the "defederalization" of GFETC and its transfer to the University of North Dakota, as UND's Energy Research Center (now known as the University of North Dakota Energy and Environmental Research Center). He became manager of UNDERC's Coal Science Division, the group responsible for fundamental research on the characterization and reaction chemistry of low-rank coals. The Division's projects included research on the physical properties of these coals, their organic structure, inorganic composition and geochemistry, behavior of ashes and slags, and conversion in processes such as supercritical solvent extraction and mild pyrolysis. Schobert also had an adjunct faculty appointment at UND, teaching a senior chemical engineering course in coal technology, and served as ERC's site advisor for various M.S. thesis projects in chemical engineering and in geology, in such areas as development of novel treatment methods for gasification wastewater, palynology of lignites, and the petrographic characterization of lignite seams.

In 1986 Schobert moved to Penn State University. At Penn State, he held two administrative positions, Chair of the Fuel Science (academic) Program, 1988–1996, and Director of the Energy Institute (now known as the EMS Energy Institute), 1998–2006. For twenty years he was principal investigator on a project to develop coal-based jet fuels. His M.S. and Ph.D. students focused mainly in the areas of ash and slag behavior in combustion systems; coal conversion by direct liquefaction, co-processing, and coking; low- and high-temperature properties of jet fuels; specialty carbon materials such as pitches, aluminum-smelting anodes, and graphites; and process development for carbon dioxide capture and storage. Schobert's teaching involved courses in the chemistry of fuels, coal structure, energy conversion processes, and fuel technology, as well as a general introductory course on energy for non-science students.

While at Penn State, Schobert received numerous university honors, including the Matthew and Anne Wilson award for excellence in teaching, the same award for excellence in research, the Golden Key Honor Society's recognition as Penn State's outstanding faculty member, election to the Phi Kappa Phi honor society, and the Fred Cannon/Sloan Foundation award for promoting diversity in graduate education. In 2004, Schobert received the Henry H. Storch Award, for lifetime excellence in coal chemistry, from the American Chemical Society's Division of Fuel Chemistry (now the Division of Energy and Fuels), followed in 2009 by the Division’s Distinguished Service Award. He has also received the Richard A. Glenn Award for best paper in Fuel Chemistry at the Third North American Chemical Congress (1988). In 2010, Schobert was elected a Fellow of the American Chemical Society.

In professional service, Schobert has held a half-dozen elective or appointive offices in the ACS Division of Energy and Fuels. He has served on the editorial boards of the journals Energy and Fuels, Fuel, and Fuel Processing Technology. He regularly reviews manuscripts for numerous journals, book proposals submitted to publishers, and research proposals submitted to various agencies in the U.S. and abroad. Schobert served on the Sasol (South Africa) R&D international advisory board for synfuels and coal technology. He also served on the National Research Council's panel on alternative liquid transportation fuels, as part of the America's Energy Future study conducted by the National Academies of Science and of Engineering; and on the hydrocarbon liquids subgroup for the National Petroleum Council's Future Transportation Fuels study. He was a member of the executive organizing committee for the 2009 International Conference on Coal Science and Technology.

Schobert held an appointment as Extraordinary Professor of Natural Sciences at North-West University, Potchefstroom, South Africa, co-advising graduate student thesis projects on coal chemistry, and providing lectures on various aspects of coal science and technology. He currently collaborates with various faculty members at NWU in research on structure, properties, and reactions of South African coals, and with colleagues at China University of Mining and Technology (Beijing) on the chemistry of unusual “bark coals” from southern China. Previous international collaborations have included visiting scholar appointments at Osaka University, Japan, and Çukurova University, Adana, Turkey, and seminars, conferences, or committee work in at least a dozen countries.

Currently, Schobert is the chief scientist of Schobert International LLC, providing consulting services on coal, including expert witness reports and testimony, critical reviews of the literature, and active collaboration with clients' staff on planning experimental or pilot plant testing programs and interpretation of data. Recent projects have included behavior of minerals in coal combustion, coal conversion to liquids or to value-added carbon and chemical products, and carbon footprint assessments. He is at work on a twelfth book.